A Brief Study of Autism

One of the key factors for recognizing autism in children is "inappropriate play". This simply means playing with toys, or other items, in a way other than they way they were intended to be played with. In this series I captured Jacob doing just that. In this case the "toy" happens to be a pry-bar/nail puller. It makes little difference what the item is, it can be a gun, a doll, a car, a stick, or just about anything else. When Jake is playing he often holds the item in front of his face and manipulates it. While he is doing this he makes noises, sometimes engine noises, sometimes gun noises, sometimes fighting noises. Sometimes he carries on a conversation. When he was younger this type of play was the only time when he would speak in an intelligible manner. This behavior can last for a few seconds or many minutes. When he is manipulating objects he becomes very unaware of his surroundings and sometimes tenses his muscles to the point where is body will actually shake. If the object has moving parts he will sometimes pause briefly to move them.
I have often sat quietly watching him play like this for up to ten minutes. It is quite fascinating to watch even though I have been seeing it for years. When I took these pictures his brother, Josh, and cousin, Trent, were near by shooting targets with deer rifles. That is why he is wearing hearing protection. Jacob is very big on hearing protection as he does not like loud, especially sudden, noises. These pictures were taken in the span of less then one minute. In all I took nine shots. In the first three you can see him manipulating the pry bar in front of his face. As I said this can go on for many minutes. He is completely unaware that I am taking pictures or even watching him. 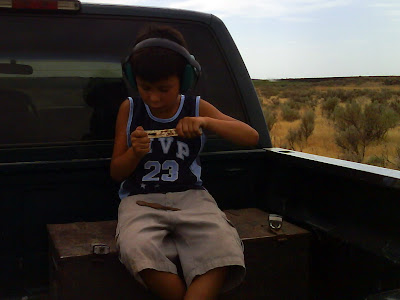 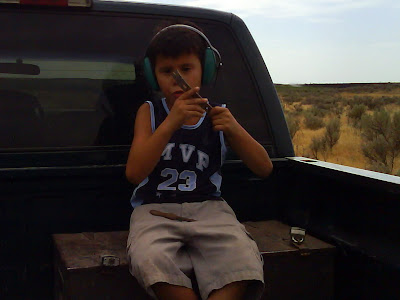 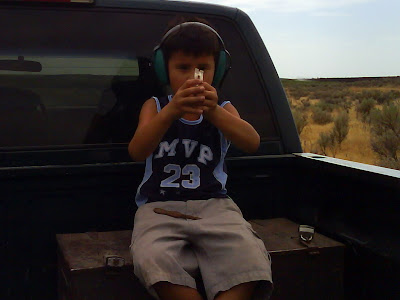 In the fourth picture he notices that I am watching him and taking pictures. This causes him to pause and think about what he has been doing. Whenever he is engaged in this behavior it is as if he is under a spell and as soon as he becomes aware of someone watching him the spell is broken. 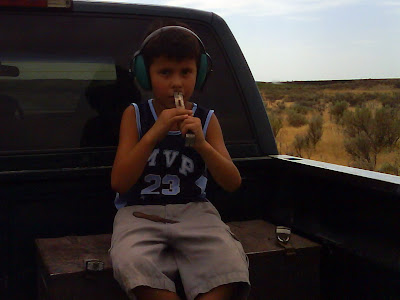 Now that he has assessed the situation he is embarrassed. 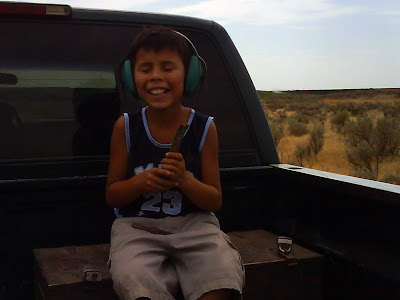 Now he discreetly puts the pry-bar down and out of sight. 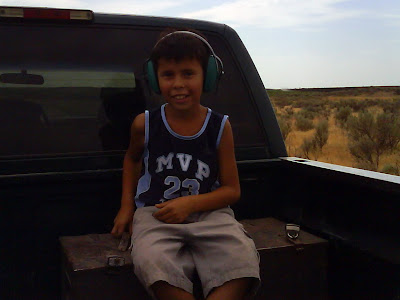 Finally he makes a nice recovery and covers his embarrassment by posing for the camera. 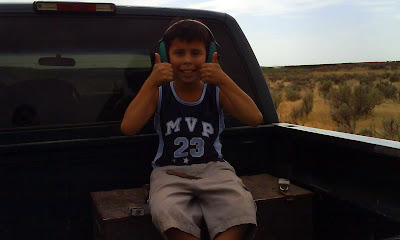